The Ministry of Development recently released some new figures indicating that things are still looking up for Spanish property sales. Spain on the whole has seen an increase in sales over the period of a year, up until June of 2016. Throughout that time period, over 430,000 properties were sold, which is a 13% rise on the previous year.

Between June and July, all of Spain’s autonomous communities showed a minimum of 15% increase in sales, up to a maximum of 24%. This trend continued over the last quarter, with April, May and June showing positive increases; just under 124,000 units were sold, which is a 15% increase on the same period in 2015. Andalucía and Cataluña respectively saw the largest increases in property sales. 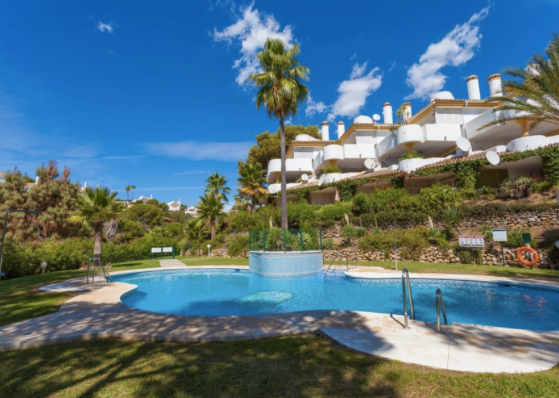 These numbers are the most positive the property market has seen since 2012, and the figures have consistently demonstrated for the last while that the Spanish property market has recovered from the economic crisis. However, over 90% of the recorded sales were for second-hand properties, with only a small number being commissioned new builds. However, the construction sector is also picking up again; the figures for new builds are also on the increase.

It is great to see people investing in properties all over Spain again and numbers are showing no signs of slowing. Currently, numbers of foreign buyers are increasing again, demonstrating that the expat community will continue to grow here in Spain. The Costa del Sol, and especially Calahonda, has a thriving expat community; it has always been one of the favourite destinations for a new lifestyle on the South coast of Spain.  Spain continues to boast cultural diversity, which makes it ever more appealing for global citizens from so many countries.

Over 20,000 of the property sales over April, May and June were attributed to foreigners, which equates to a 19% increase on that period of 2015. 8% of those were not resident in Spain, indicating that the acquisition of a holiday home in Calahonda, a second home in Marbella or a Spanish buy-to-let property is still a popular pursuit.

The reasons for the positive, steady increase in property sales figures is likely to be down to several factors. People’s confidence in the property market has clearly increased, but there will always be people looking to invest in property. Currently there are better mortgage options and more banks offering property loans. Prices have also stabilised and in general the economic circumstances in Spain are better than they have been in a long time.

Figures indicate that property sales over the next few months will continue to rise, or at the very least, will stabilise. The Ministry of Development figures confirm that the sector is normalising and that figures look set to improve each quarter.

Now is the time for your Costa del Sol lifestyle

Although the property market is not yet at boom stage again and has not been since around 2006, the increase in sales over the last few years indicates that the value of properties will also continue to rise over time; therefore, buying a home on the Costa del Sol now means that you’re likely to secure it for a better price than you would in the coming years and that its value will raise significantly. In other words, now is the time to give Start Group a call!