It’s no secret that Spain has suffered miserably in the last decade at the hands of the global economic crisis. The real estate bubble on the Costa del Sol saw prices that rose 200% over an eleven-year period up to 2007.

When the bubble finally burst in 2008, the government was unable to bail out its financial sector   and looked for outside help from the IMF, the European Commission and the ECB. What followed was a long period of economic downturn, unemployment and bankruptcies of Spanish companies.

Of course, for Reals Estate on the Costa del Sol, this is a story that’s all-too-familiar in recent times, and for most houses for sale on the Costa del Sol it’s been an especially tough one. But following the contraction of the GDP in 2008, from July 2013 Spain’s economy started to grow again, promising a light at the end of the tunnel for property in Spain.

Things can only get better 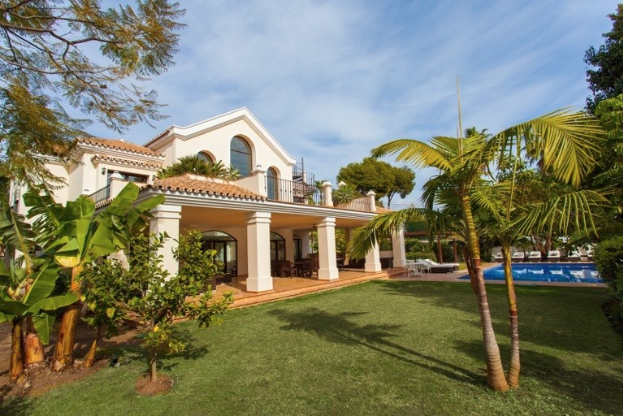 Recently news in the market has been encouraging for houses for sale on the Costa del Sol. A report from Tinsa shows that in the last quarter of 2015, Spain’s house prices rose by 1% overall, with prices in Madrid and Catalonia rising by 3.3% and 5.3% respectively, but Murcia’s prices falling by -4.3%. Andalucia saw a rise of 0.1%.

According to figures from the European Commission statistics office, house prices rose by 4.5% in the third quarter compared with the same period in the previous year. Although this year-on-year increase is higher than that of the rest of the European Union, a look at the quarter-on-quarter increases shows a rise in Spanish prices at 0.7% compared with a European average of 1%.

The time is now

Whichever report you’re looking at, it seems clear that real estate on the Costa del Sol and generally the property market is on the up. So does this mean bad news for the buyer in the Spanish market? Not if you consider that property prices have been falling since the crash…

If you buy real estate on the Costa del Sol now then you may be paying a lot less than you would have eight or nine years ago. Along with a low cost of living in Spain relative to other European countries and a high standard of living, everything points to Spain right now for those looking to buy a property abroad.

The benefits of buying property in Spain have not gone unnoticed by foreign investors in the last few years. In 2014 16.7% of home sales were made by foreign buyers, of which Britons make up the largest share at 18.6%, followed by the French, Germans and Belgians. Since the golden visa programme began in 2013, interest is not just limited to European buyers.

Through this scheme, buyers from non-EU member countries are able to gain residency on an investment of €500,000. This has brought interest especially from Chinese and Russian buyers. So maybe it’s time to pick out your villa on the Costa del Sol before they’re all gone!