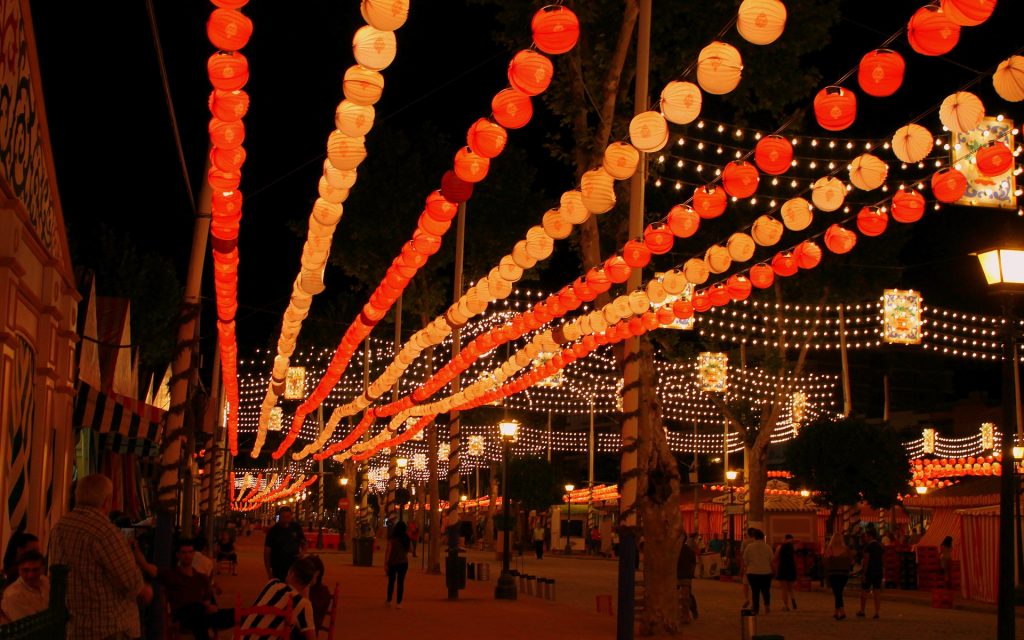 Benalmádena is renowned for its cultural festivities. Unlike much of Europe, Spain, and specifically Andalucia, still celebrates Spain’s religious and cultural heritage with a fervour unheard of in the rest of Western Europe.

This is one of many reasons to buy property in Andalucia and Benalmádena specifically, but one often overlooked when house-hunting on the Costa del Sol.

On the third Sunday of June every year, the festival of Pilgrimage of San Juan takes place, an immense spectacle culminating on the night of the 23rd 24th in the burning of the ‘júas’ (rag dolls stuffed with sawdust) across the beaches of the town in homage to the great saint.

It is unique celebrations such as these, which are attended by people from all walks of life, that make Benalmádena such a special place and why many are increasingly buying property here.

Elsewhere, the festival of Carmen in July is also not to be missed, with the main celebration on the 16th when the virgin is carried in a procession from the church at Bonanza to the port before she is then taken out to sea by a flotilla of boats to bless the waters preceded by a huge fireworks display commences at the Club Nautico in Puerto Marina.

July represents a big month for the town, with the Summer Festival also taking place featuring an extensive programme of theatre, music and cinema at the auditorium of Paloma Park.

Then there is the procession of Corpus Christi in spring, which is one of the most popular celebrations in Benalmádena where residents adorn their balconies and streets with flowers in a celebration of Easter accompanied by music and festivities for an extravagant Easter celebration.

But the celebrations in Benalmadena are by no means limited to Christian festivals. 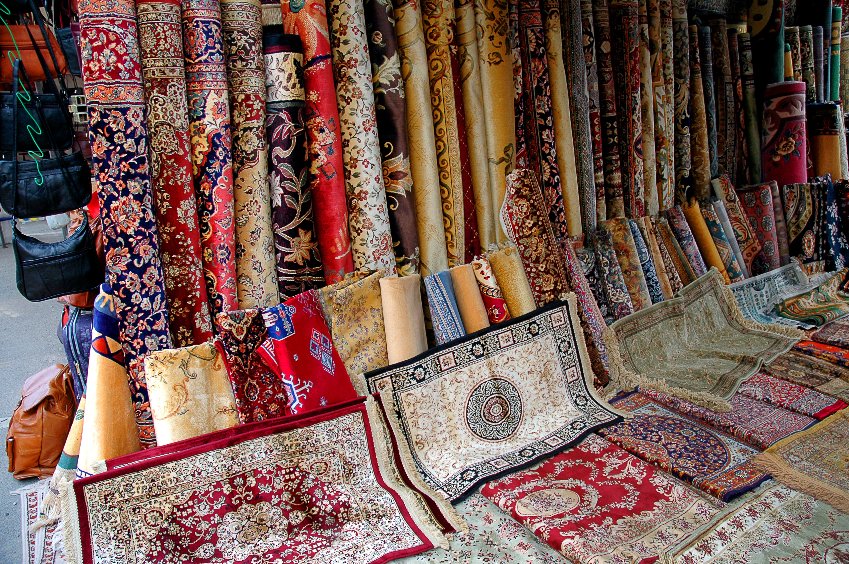 The town also hosts an Arab souk in late August in a celebration of its Moorish heritage, where refined Arab cuisine is showcased as well as pop up spice and tea markets and artisan goods located between the Jardines del Muro and the Plaza de las Tres Culturas. The candle-lit streets are filled with stalls of entertainers and goods sellers to form a temporary bazaar much beloved by local residents.

It is this spirit of religious pluralism and tolerance that makes the town of Benalmádena so sought after and why buying in Benalmádena also gives you access to something more than just bricks and mortar.

It also provides you with the opportunity to have culturally enriching experiences all while enjoying the town’s outstanding weather, charming people and unique leisure activities.

There is also a story telling marathon for kids in September, one of the largest festivals of oral narration in Europe.

Stories of all genres and plots are spoken to inflame the imagination of the younger generation which is followed by a glorious street parade. 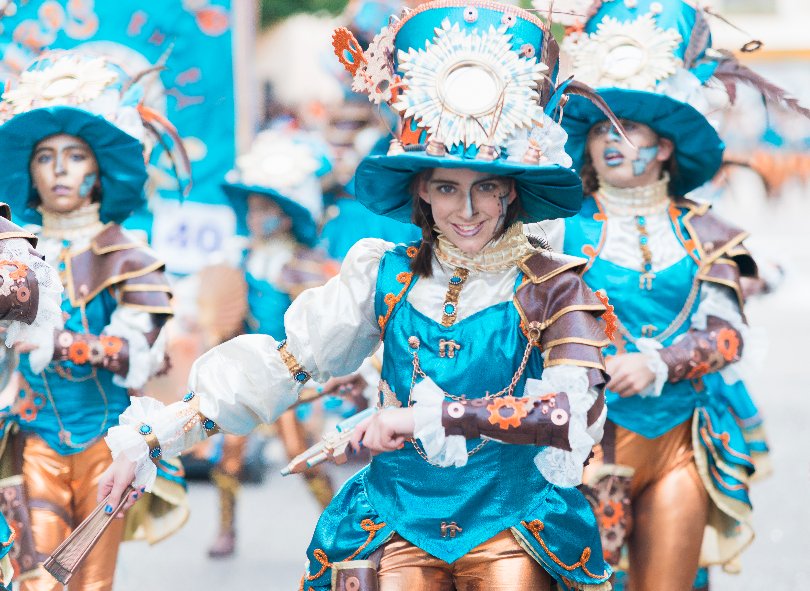 Then there is the carnival in February, a favourite of the LGBT+ community with a parade of drag queens as well as the enticing Ruta del Tapeo (Tapas Route) alongside fashion shows, musical performances and film screenings making for a wholesome celebration of diversity.

It is extraordinary that such a town punches so much above its weight in terms of culture and means that to buy property in Benalmádena is to also buy a first-class ticket to a range of cultural events throughout the year.

The enduring popularity of Spain’s religious festivals in spite of the nation’s decline in religiosity is a testament to Spain’s religious pluralism and tolerance and Benalmádena is one of the best examples of this phenomenon.

It continues to celebrate its religious heritage in a way that is welcoming and accepting of everyone, no matter where you come from and both expats and natives alike come together less for religious reasons and more to experience a kind of cultural togetherness that has been established here which attracts both old and young alike.

It is thus one of the finest examples in Spain of integration of people from all different backgrounds, standing as a real success story of different cultures coexisting in harmony which adds to the allure of snapping up real estate in Benalmádena. 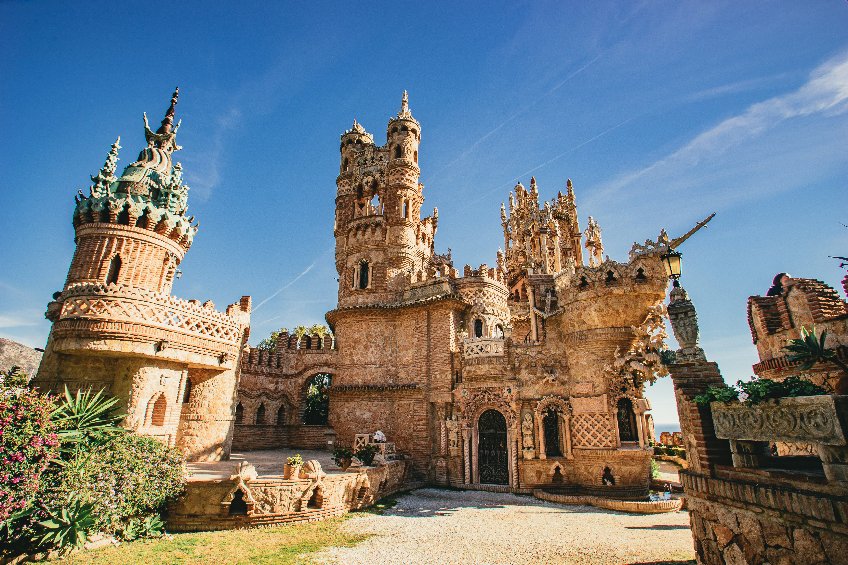 The town’s architecture is also a marvel, with the Castillo de Colomares perhaps the finest example. The castle was built in 1994 in honour of famous explorer Christopher Columbus. Overlooking the Arroyo Lagar river, the distinctive architecture forgoes traditional Andalusian style, giving rise to an inimitable, almost brutalist style and making for the perfect sight-seeing excursion.

In total, the castle covers an area of 1,500 metres and is paradoxically the largest monument in the world dedicated to Columbus while also containing the smallest church in the world at just under 2 metres squared.

When people look at relocating, they are often rigid about the specific location and expat buyers in Spain are normally unfamiliar with the town of Benalmádena, with many drawn to more famous locations.

This is understandable, it feels like a safer bet to invest in property in Andalucia in a place that people have heard of and already have positive associations about.

But there are certain spots in Spain which have a unique cultural identity intertwined with great architecture and living space which you may regret not considering should you be looking at investing in real estate.

Benalmádena has an illustrious history dating back to the Bronze Age, having been occupied by the ancient Phoenicians and Romans, as well as the Moorish settlement.

Colonisers have been and gone, but each one recognised the wonder of this small but distinctive town nestled in the south of the Iberian Peninsula.

The age of conquest has long since vanished, and the town has seamlessly adapted to become a popular tourist destination.

Despite all this, it has never lost its distinctive charm that has made it such a sought-after destination and now stands as the ideal place to buy property, blending modernity with classicism and culture with utility.